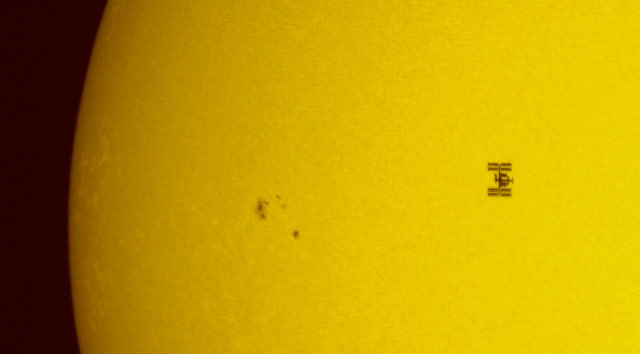 Teodorescu has also taken photos of the ISS in transit across the Moon. 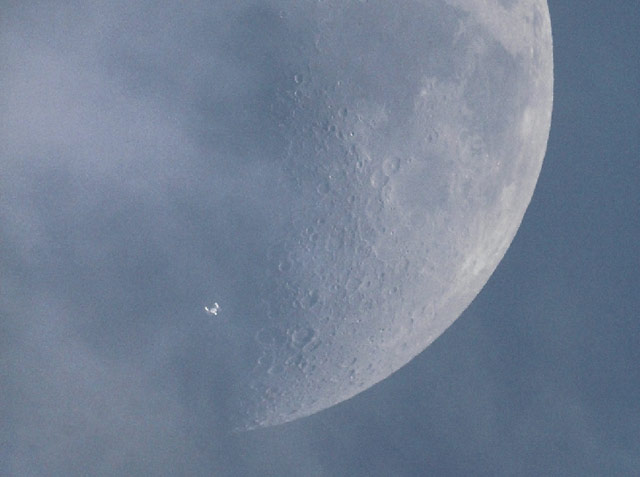 These photos make the ISS seem tiny and huge all at the same time. And be sure to click through on the links to see the full-sized photos.

"Anything that is in the world when you’re born is normal and ordinary and is just a natural part of the way the world works. Anything that’s invented between when you’re fifteen and thirty-five is new and exciting and revolutionary and you can probably get a career in it. Anything invented after you’re thirty-five is against the natural order of things." -- Douglas Adams
Oviedo, Florida

bloodvayne
Society will be society, what's interesting is how inherently the "nostalgia fallacy" is simply society's self-preservation against seemingly "hostile" undercurrent. Reminds me of this article from Art of Manliness, also a very thorugh read http://www.artofmanliness.com/2012/07/12/the-generations-of-men-how-the-cycles-of-history-have-shaped-your-values-your-place-in-the-world-and-your-idea-of-manhood/

chrisamico
reply
All of this has happened before, and all of it will happen again.
Boston, MA

Fortunately, as I'm informed, it had all calmed down again by the time of my parents' generation.

“What has been will be again, what has been done will be done again; there is nothing new under the sun.” — Ecclesiastes 1:9
Escondido, CA

And on it goes.
Edmonton, AB, Canada

Get off my internet lawn you free loaders.

mscholes
reply
The summary is beautiful ;-)

Anything that is in the world when you’re born is normal and ordinary and is just a natural part of the way the world works. Anything that’s invented between when you’re fifteen and thirty-five is new and exciting and revolutionary and you can probably get a career in it. Anything invented after you’re thirty-five is against the natural order of things. -- Douglas Adams

adamgurri
reply
the public comments on this comic seem to imply everyone swallows the premise of the letters...I had though Munroe's point was more that we keep hearing the same arguments over and over again in each age.
New York, NY

btomhave
reply
Those who fail to learn from history... yada yada yada...

Definitive proof that human faculties have been dwindling since at least 1871, and show no signs of abating in their sad dwindleMent...
Canada

the7roy
1871? Try ~360 BCE when Plato wrote, "they will not use their memories; they will trust to the external written characters and not remember of themselves. The specific which you have discovered is an aid not to memory, but to reminiscence, and you give your disciples not truth, but only the semblance of truth; they will be hearers of many things and will have learned nothing; they will appear to be omniscient and will generally know nothing; they will be tiresome company, having the show of wisdom without the reality."

Nostalgia isn't as good as it used to be.
Belgium

Nice to see it spelled out to people that "nostalgia" is of all times. And the that troubles of today were often already there earlier, but people just remember them differently.
Netherlands

Ludwig
Consider the possibility that the authors of these quotes were correct (well, except the divorce and nudity one,) like that Aristotle quote where he bitches about “kids these days,” instead of resigning it to “ah, it was ever thus.”

Unfortunately, it doesn't work out so well. Who knew that gravity was so useful? But stay for the best part of the whole thing...right at the end, Hadfield feeds himself asparagus like a fish.

antgiant
reply
For all you JavaScript Devs.
Oviedo, Florida

How much would the sea level fall if every ship were removed all at once from the Earth's waters?

About six microns—slightly more than the diameter of a strand of spider silk.

Weighing ships is confusing. There are a bunch of different measurements of the size of a ship, and many of them, like gross tonnage, are actually measures of the volume of the ship’s rooms and other internal spaces, not its weight.

The UN Conference on Trade and Development publishes estimatesof the size of the world shipping fleet.

What the UNCTD publishes is “deadweight tonnage”, which is the maximum weight of the ship’s fuel, cargo, and crew. What we wantis “displacement”. Unfortunately, comprehensive numbers for displacement are harder to find.

Fortunately, we can estimate it. Brian Barrass’s book Ship Design and Performance for Masters and Matesgives a table of ratios of deadweight tonnage to displacement for different types of ships.

Extrapolating from the last few years of UNCTD data, and using the coefficients from the book, suggests that the world fleet weighs about 2.15 billion tons when fully loaded. The main component of the fleet by weight is oil tankers and bulk ore-carrying ships, which make up over two-thirds of the total. (The UNCTD data doesn’t include small recreational boats or naval fleets. However, based on some numbers for naval fleetsand recreational boats, neither one contributes much to the total.)

A ton of water is about a cubic meter. 2.15 billion cubic meters divided by the surface area of the oceans equals about 6 microns (0.006 mm).

But you don’t have to worry about that six-micron sea level drop. The oceans are currently rising at about 3.3 millimeters per year due to global warming (through both glacial melting and thermal expansion of seawater).

At that rate (normalized for seasonal variation and short-term fluctations), if you removed every ship from the ocean, the water would be back up to its original average level in 16 hours. Sea levels will likely rise a few feet by the year 2100. Current fish wet biomass is about 2 billion tons, so removing them won’t make a dent either. (Marine fish biomass dropped by 80% over the last century, which—taking into consideration the growth rate of the world’s shipping fleet—leads to an odd conclusion: Sometime in the last few years, we reached a point where there are, by weight, more ships in the ocean than fish.)

And what about the old joke about how much deeper the ocean would be without sponges? While estimates of sponge biomass are hard to come by, the answer is probably that if you removed all the sponges, sea level would drop by no more than a few microns ... and much less if you squeezed them out first. antgiant
reply
How sad "Sometime in the last few years, we reached a point where there are, by weight, more ships in the ocean than fish."
Oviedo, Florida

llucax
reply
"Marine fish biomass dropped by 80% over the last century, which—taking into consideration the growth rate of the world’s shipping fleet—leads to an odd conclusion: Sometime in the last few years, we reached a point where there are, by weight, more ships in the ocean than fish."
Wow!
Berlin
Next Page of Stories